By using this site you agree to the use of Cookies, which help us deliver better services. Additional information


June is always a hell of a month in a career of a downhill racer. Race after race after race is basically the only schedule of this month. After becoming a vice champion of Slovenia once again, Špela returned to the international racing scene and entered the UCI Mountain bike World Cup race in Leogang. The tiny village in Austria is known for its very fast and bike parky downhill race track and this particular event always hosts more riders than any other World Cup race. With more than 40 women riders on start, Špela knew she would have to put down a really good run with no mistakes in order to qualify for the finals among the top 15 girl in the world. Unfortunately, she got carried away by the World Cup hype and placed her first World Cup of the season on 25th place. Despite not achieving her goal she learned a valuable lesson and was satisfied with her performance.

I loved the track and I felt great on it. I knew that I was riding fast all weekend and I really believed I could make the cut into top 15. However, the hype for the World Cup was just too big and I got carried away right off the start gate in my quali run. I did to many mistakes at the start and through the whole track as well. Honestly, I was surprised to still finish on the 25th place despite making so many big mistakes. I’m positive that with calming myself down, starting more conservative out of the start gate and not making mistakes will bring me to where I want to be, in top 15 in the world. – Špela Horvat 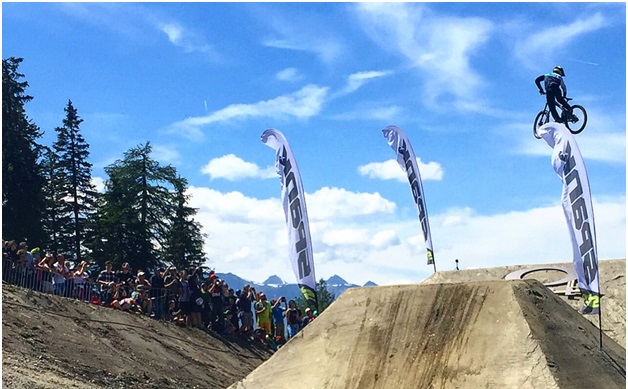 Reuben on the Whip-Off jump at Crankworx in Innsbruck.

A week later the boys headed to one of the most important events of the year, Crankworx series in Innsbruck. An event that brings together all the best mountain bike riders in the world. All the big names from downhill, slopestyle and pumptrack gathered above the amazing city of Innsbruck in Austria. The event was also the most important debut of the BeFly Air Two bike. The visitors of the event could check and test the BeFly bike in team pits and never before was a BeFly bike present on such a big event. 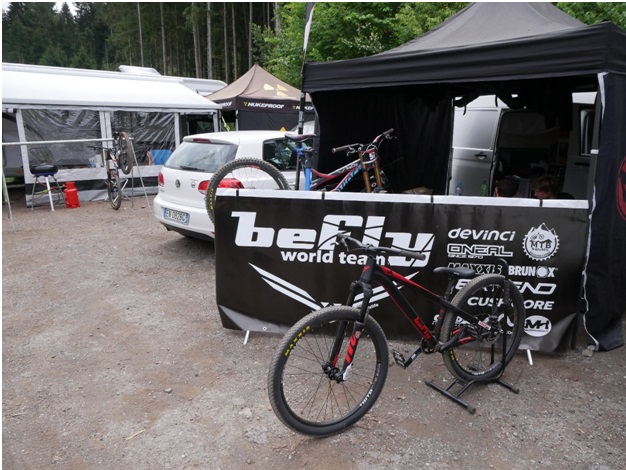 The boys also entered the downhill race at the event. The race field was packed with world-class riders from World Cup and also other disciplines such as enduro and slopestyle.

I’ve been looking forward to this event all year since I’ve recently moved to Innsbruck for studying so this was sort of a home race for me. The venues for each of the events are simply amazing with breathtaking views and perfectly manicured tracks. The downhill track was no exception with loose, loamy and technical terrain it was the best track we’ve raced on so far this year and I felt really fast in practice. In my race run I had a very smooth run all the way to the final section of the track. I was too impatient heading into a tight turn, missed my line and crashed into a tree which unfortunately destroyed all hopes of a proper position. I finished in 65th place which is not what I’ve been looking for but in the upcoming weeks there’ll be plenty more Racing to come so I’m looking forward to getting it done better there! – Felix Bauer. 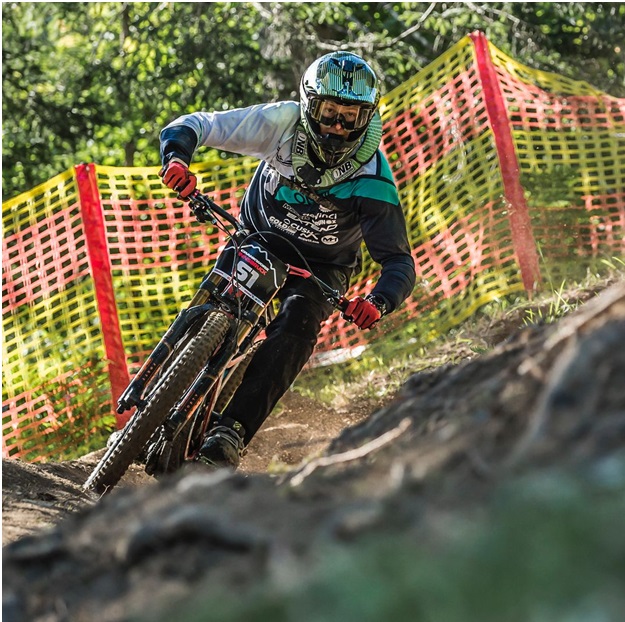 Crankworx Innsbruck was awesome! The whip-off was epic, big crowd, amazing views and an awesome jump. I struggled a little bit as I am not used to whipping such large jumps, but I think I know how to improve my technique for next year! The downhill event went well for me. I built up speed throughout the weekend and had a clean run placing me in 28th! This is a hugely better result than last year, which I can partially attribute to a better bike setup. Cheers to our sponsors for making that possible! – Reuben Olorenshaw. 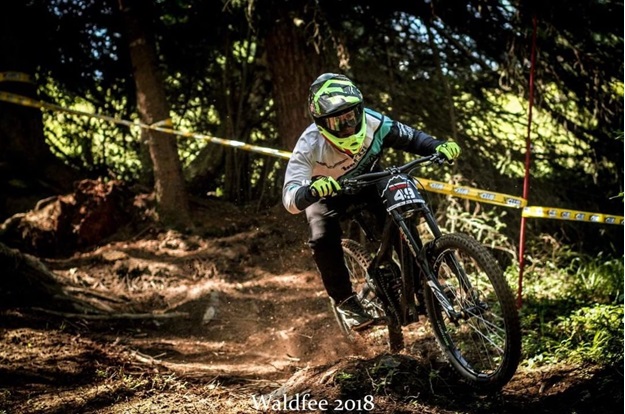 Reuben on the way to an amazing 25th place in Innsbruck. Photo: Waldfee 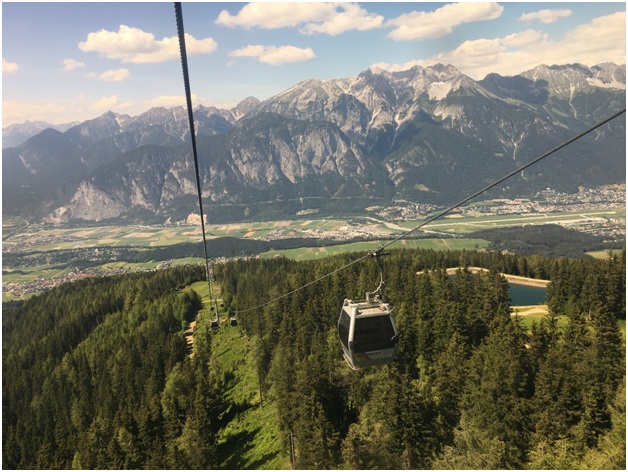 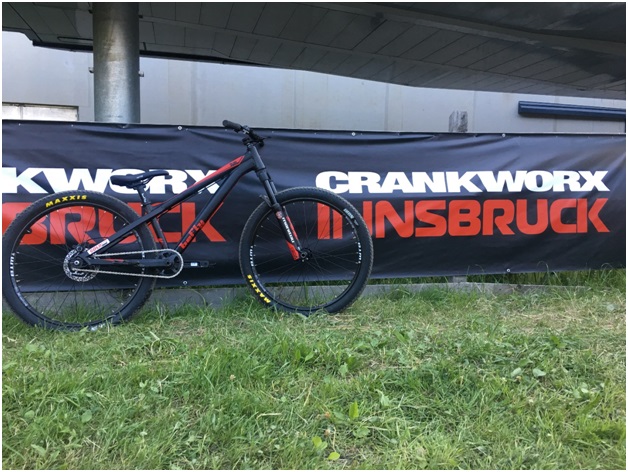 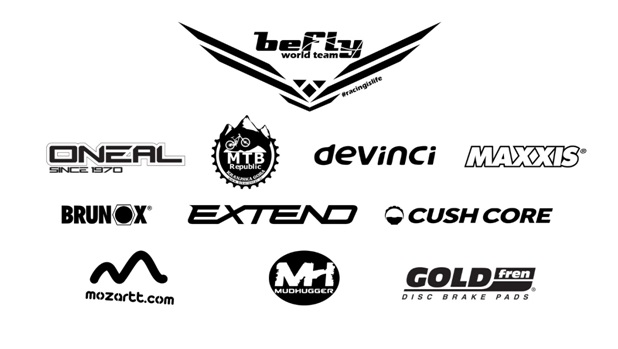